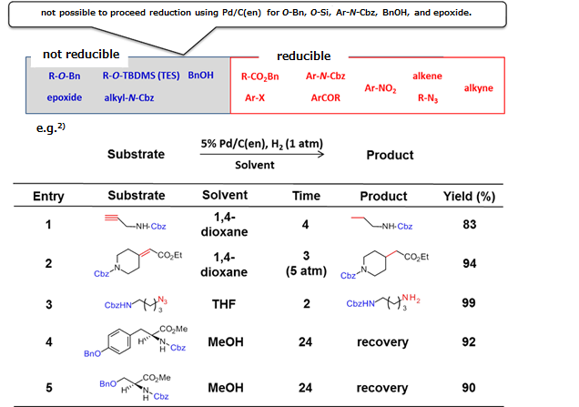 Pd/Fib is a heterogeneous catalyst in which Pd is immobilized on silk fibroin. Its activity is controlled more than Pd/C(en). the Pd/Fib is easy to handle, e.g., it can be cut with scissors and removed by simple filtration from the reaction mixture. The Pd/Fib catalyzed the chemoselective hydrogenation of the alkyne, alkene and azide functionalities with the readily-reducible benzyl esters and N-Cbz groups left intact. 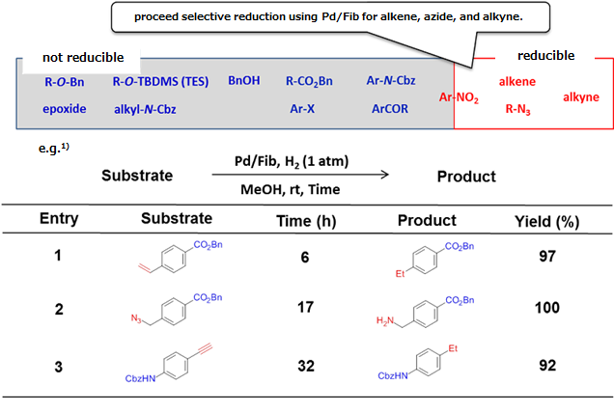 Generally, selective partial hydrogenation of alkynes to alkenes is extremely difficult. The Lindlar’s catalyst uses poisonous Pb at catalyst preparation, so it is a disadvantage from the viewpoint of green chemistry. Furthermore, the semi-hydrogenation of mono-substituted alkynes was prohibitively difficult even using Lindlar's catalyst. Pd/PEI is a catalyst in which Pd is immobilized on polyethyleneimine. It is a catalyst that can solve the above problems. 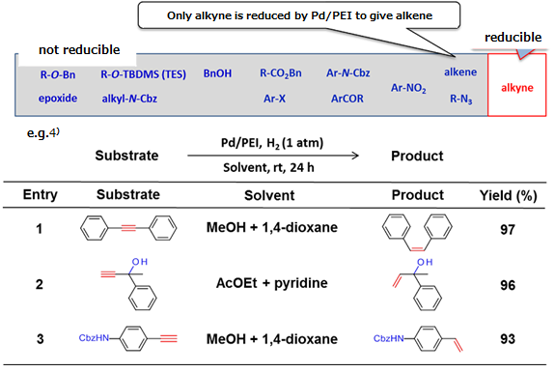 Os/C is a heterogeneous catalyst in which Os is immobilized on activated carbon. Its activity is particularly characteristic. Generally, alkene is more easily hydrogenated than nitro group, but in Os/C, only nitro group can be hydrogenated.