Lithium-ion batteries are used in a wide range of products around us because of their high energy density and voltage. Because of the development of electric vehicles and mobile devices, demand for high-capacity, high-voltage, and safe secondary batteries is growing. FUJIFILM Wako deal with various materials that constitute lithium-ion batteries. Our CLPA series of binders are polyacrylic acid (PAH) and its cross-linked polymer; these binders are synthesized by our technology and lead to significantly improved battery properties compared to those of polyvinylidene fluoride (PVdF). Furthermore, the addition of our WEA series of products [bis(sulfonate) type of materials] to an electrolyte of a secondary battery improves the battery properties.

Difference between graphite and Silicon as anode

The binder for Si is required a function to maintain the shape/size of Si anode.

Performance of CLPA on Si and graphite composite electrode 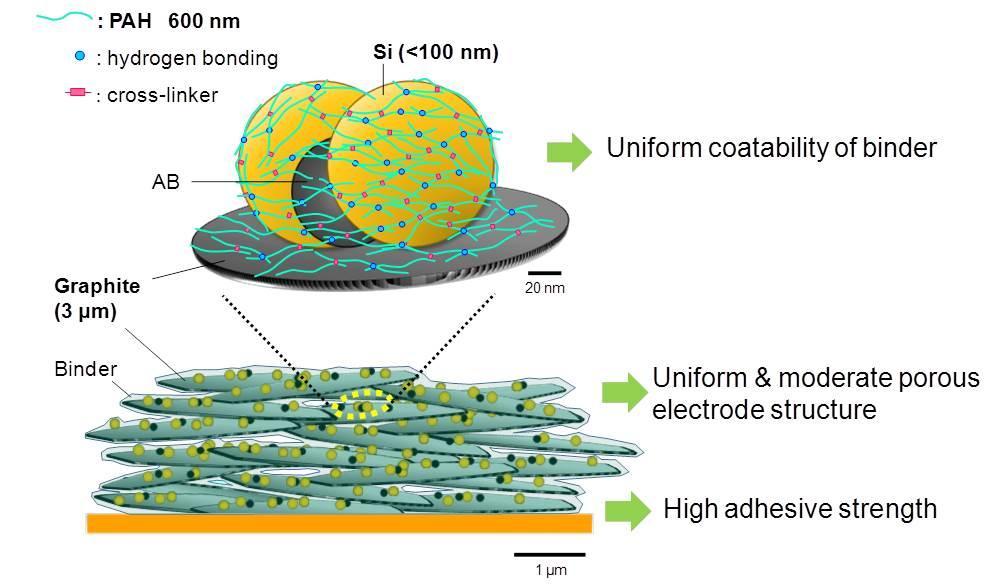 The detailed results are reported on following letter.