Boronic acids are trivalent organoboranes characterized by the presence of a single carbon-boron bond. Being generally considered as non-toxic and easy to handle, boronic acids are widely used as building blocks in the synthesis of pharmaceuticals. As their most prominent application, they are substrates of the Suzuki-Miyaura reaction, enabling synthesis of biaryl compounds via coupling of an organohalide and a boronic acid under palladium(0) catalysis. The main advantages of the Suzuki-Miyaura reaction over alternative coupling methods rely in its mild reaction conditions, the availability and low toxicity of its substrates, as well as its great versatility in terms of functional groups.

FUJIFILM Wako offers a wide variety of ready-to-use reagents for the Suzuki-Miyaura coupling, including more than 300 different boronic acids and boronate esters, as well as cyclic triolborates also suitable for the Chan-Lam reaction. 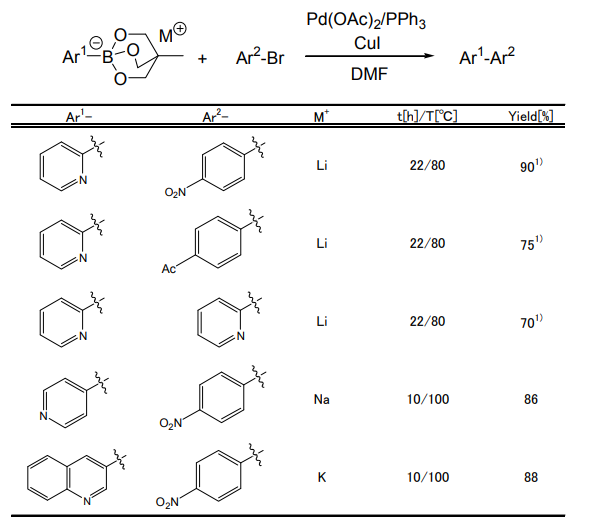 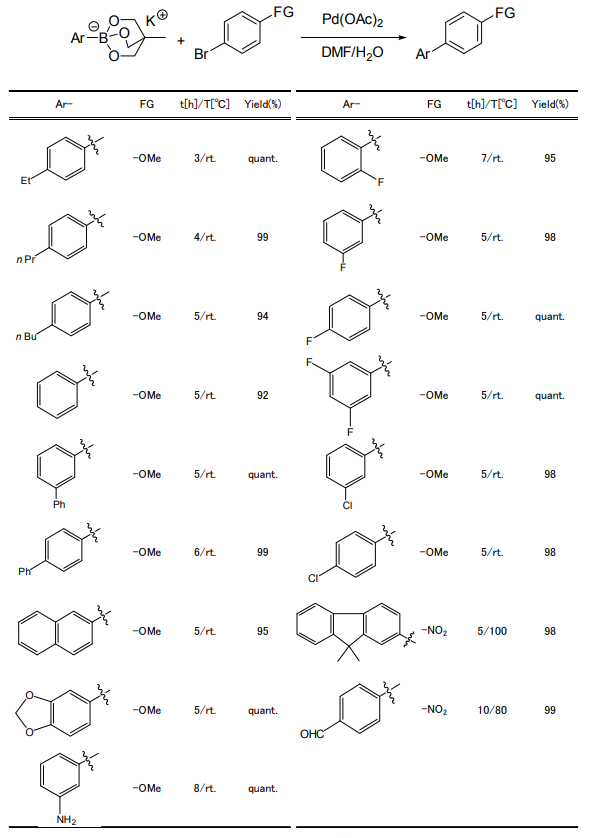