Since the growing species continues to "live" without side reactions in living polymerization, synthesis of various polymers that could not be synthesized by the usual chain growth polymerization have been achieved. For example, it can be used to form polymers with a narrow molecular weight distribution (more uniform molecular weights), or as a simple method to form block copolymers by controlling the living terminals. 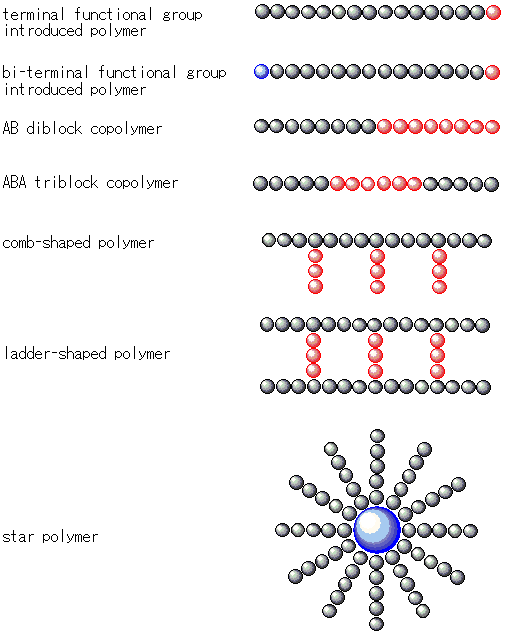 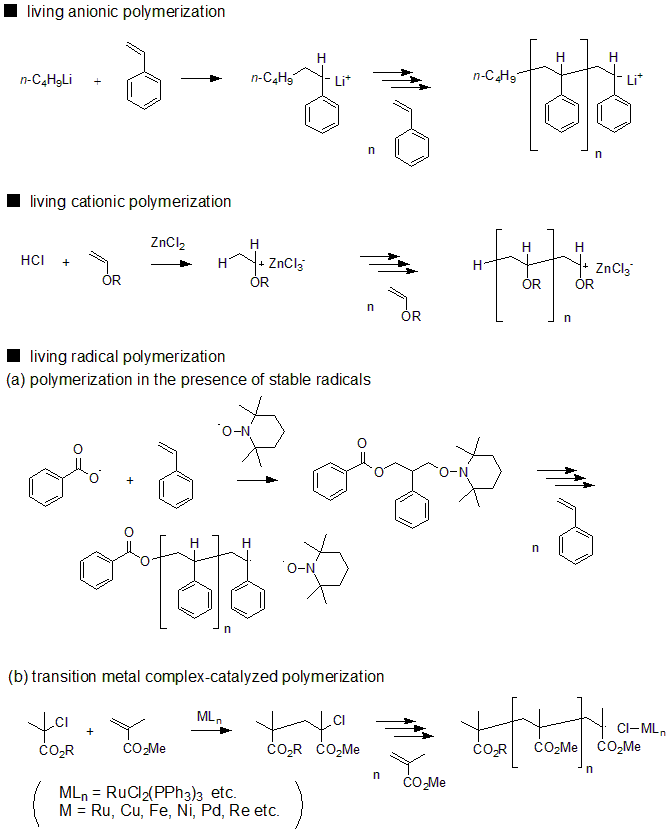 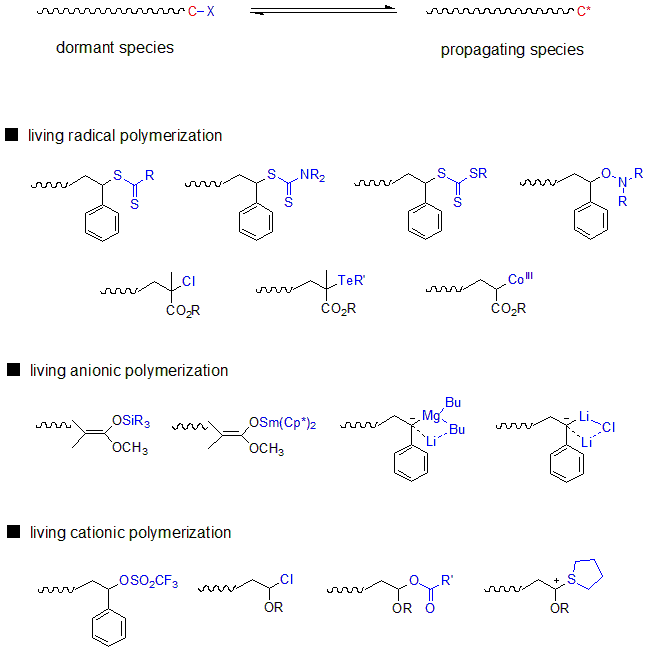 A body of research on the application of living polymerization, including block polymers that connect different polymer chains with covalent bonding by polymerizing different monomers from the living terminals is growing. Moreover, polymers that introduce specific functional groups at the terminals through conversion of the terminal groups are being developed into various industrial applications. Living radical polymerization in particular has been used in various applications such as photoresists, elastomers, adhesives and pressure sensitive adhesives, sealants, dispersing agents, surfactants, and self-restoration materials. More recently, applications have included biocompatible materials and biomaterials, as it does not require significant changes in the existing manufacturing facilities, has wide reproducibility and range of application, and is a polymerization method that can easily be applied to various functional monomers.