* Use of HG and SHG is recommended for qNMR measurement.

In the purity value by quantitative NMR (qNMR) stipulated in the Reagents / Test Solutions section of the Japanese Pharmacopoeia, the weighing is performed using an ultra-micro balance. However only small items, such as a small vial, can be placed since the weighing pan of the ultra-micro balance is very small. In addition, it is very difficult to place this small vial on a weighing pan, tare it, and then put the sample into the vial with a spatula without adhering it to the edge of the vial. In some cases, the sample may adhere to the outside of the vial or to the weighing pan of the balance, which can be unrecognized and cause large errors in the measurement results. From the above, the procedure of using a small metal weighing dish such as made of aluminum as a tare is widely utilized as a method of performing accurate weighing with an ultra-micro balance. This procedure is shown in the figure below. By using this method, the sample and the calibration standard for qNMR can be skillfully placed in a container such as a vial without adhering to the edge of the vial or the weighing pan of the balance. 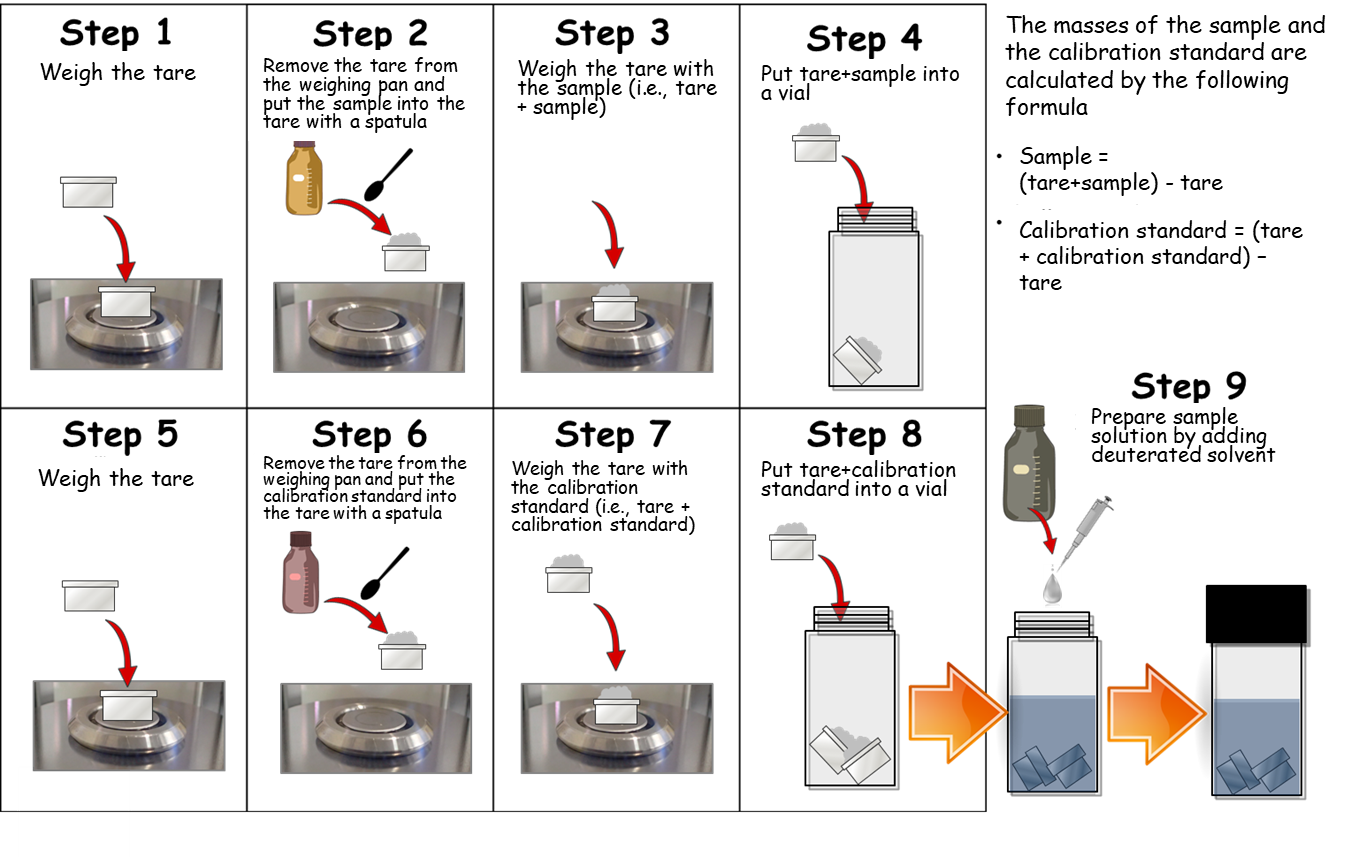 Here, we would like to introduce an aluminum weighing dish as the most suitable tare for weighing in qNMR measurement. The aluminum weighing dish is made of aluminum and is not easily electrostatically charged. It has a small volume and is not easily affected by buoyancy effect in the air, so it is suitable for accurate weighing in qNMR measurement. In addition, it has an appropriate internal volume (80 μL) for performing qNMR measurement. Furthermore, elution tests were conducted on 7 types of deuterated solvents (chloroform-d, DMSO-d6, deuterium oxide, acetone-d6, acetonitrile-d3, methanol-d4 and dichloromethane-d2), and confirmed that there are no signals from eluates.

These are made of PE.