A nitroxyl radical compound typified by TEMPO is used as a useful oxidizing agent because it can selectively oxidize alcohol to aldehyde. In particular, a system using a catalytic amount of TEMPO and sodium hypochlorite as a reoxidant is utilized in many reactions. many related compounds have been reported that modify around the nitroxyl radical site to control stability and reactivity.
Alkyl substituted hydroxylamines readily undergo oxidation under air. At this time, when a proton is bonded to carbon of α-position at amine, nitron will be generated by the elimination of proton. However, in the case of quaternary carbon or structure having anti-Bredt type, the nitroxyl radical will be easily generated due to stabilize. They can be applied as a mild oxidation catalyst converting alcohol to carbonyl.
Although TEMPO has been widely used as an oxidation catalyst, Iwabuchi et al showed that the AZADO series with a less steric hindrance around the active position becomes a highly active oxidation catalyst, making it applicable to more extensive substrates. It is attracting attention as a new organic oxidation catalyst replacing TEMPO. 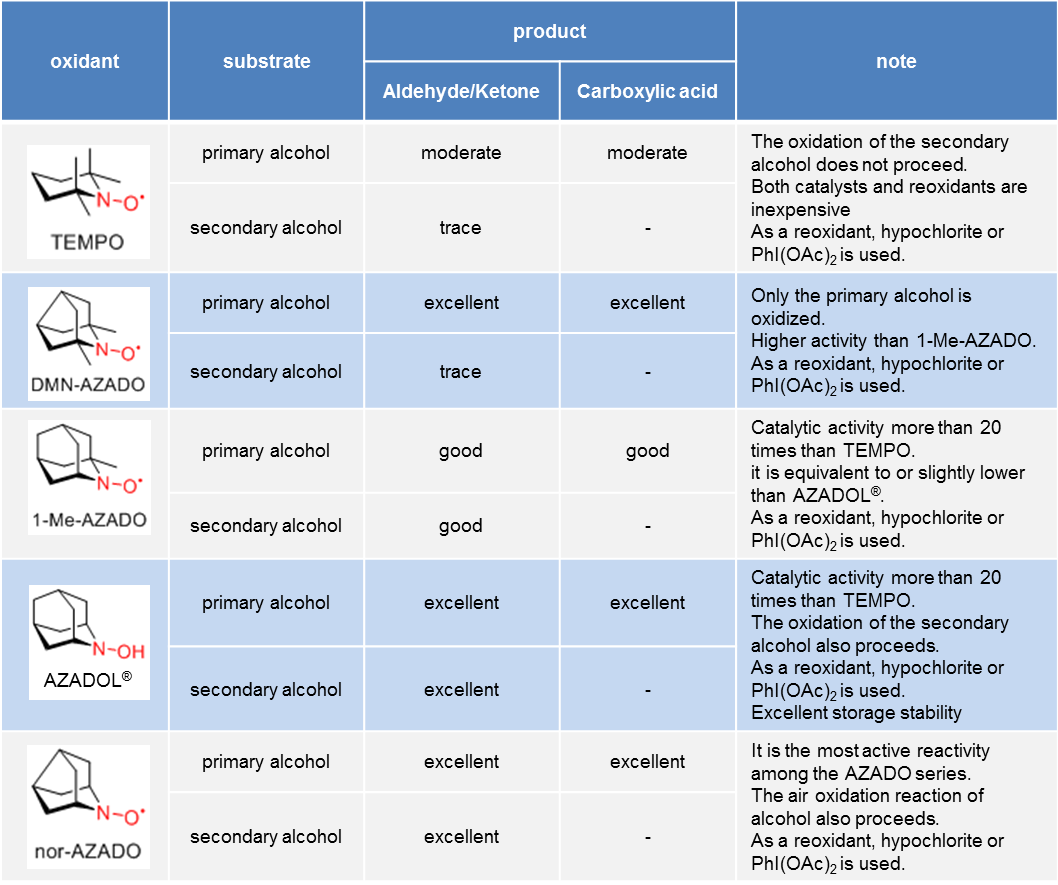 * It is a general trend, reactivity might change depending on substrate and reaction conditions.
* AZADOL® is a registered trademark of Nissan Chemical CORPORATION.

AZADOL® is a registered trademark of Nissan Chemical CORPORATION.

AZADOL® is a registered trademark of Nissan Chemical CORPORATION.